On my arrival I walked through the airport in Auckland with a sense of unreality. I was finally in New Zealand, on the other side of the world. I stayed four nights in Auckland and mainly used the city as a base for day tours.

The next day I walked from my hostel in the central business district to the top of Mt Eden.

It was only the second time I summited a volcano (the first one was Nea Kameni in Santorini), but I would definitely climb more if all of them were this lush and green.

The view from Mt Eden was amazing. I could see the harbour bridge, the sky tower, and all the way to Rangitoto island! I stopped for ice cream on my way down the slopes and then headed for the harbour where I took the Fullers ferry to Waiheke island.

The ferry entered the incredibly beautiful Matiatia Bay on the western side of the island. 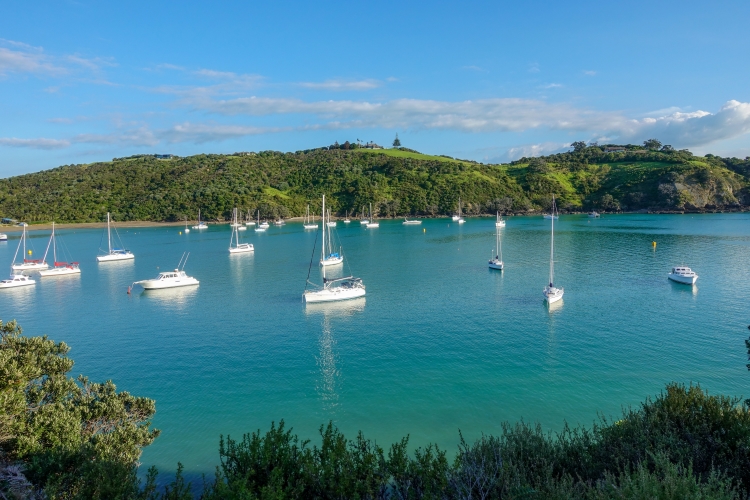 From there I walked to Oneroa beach on the northern side for my premier swim on this trip. On my way back to the ferry terminal I met a bunny which watched me before it hopped away into a hole in the ground. I didn’t come to New Zealand to study wild animals, but over the following weeks I enjoyed watching the local birds, noticing similarities and differences compared to the ones at home. 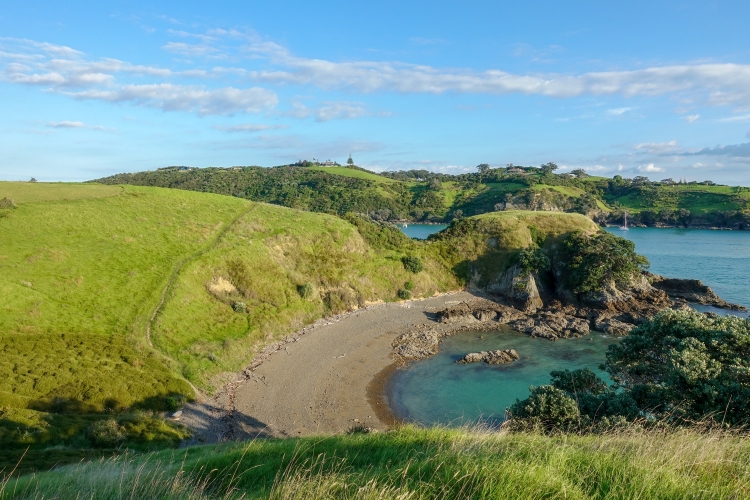 At the ferry terminal I followed the northern coastal track to find a spot for sunset. Surprisingly I was alone on my walk up and down the hills and it really felt I had the beautiful landscape all to myself.

I sat down on a grassy hill and watched the orange sunset over Auckland in the far distance. The following week was magical and I felt so lucky.